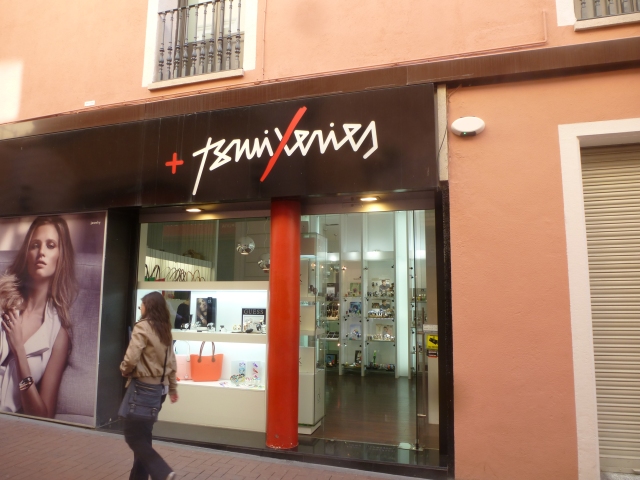 Signage: always looking at signage. Always photographing signage. I stood in the street for some time trying to read this. Strangely, it appears to be a branch or new incarnation of a shop I knew. A week after I took it, I looked at the image on my camera screen and could finally identify the first letter. Then it came into focus.
Curiously, I showed it to K and he went (aloud) through the same process of decipherment I had gone through. So probably I shouldn’t help anyone. It is Catalan, though.
That same day (a week ago last Friday), after the dentist, I went to the next town to meet K (who rushed off before the dentist got to me because he had a class) for lunch and a brief shop – I bought some fish (Dorada, Orada, it seems to be “Bream” in English?).

So here it is, being our second course on Saturday. Done in the fireplace. The best way. I seldom seem to remember to photograph both courses at the same meal.

The dogwoods/dog roses are out. It seems such a privilege.

I visited an unfamiliar supermarket, and found new packaging for a well-known, politically incorrect product… 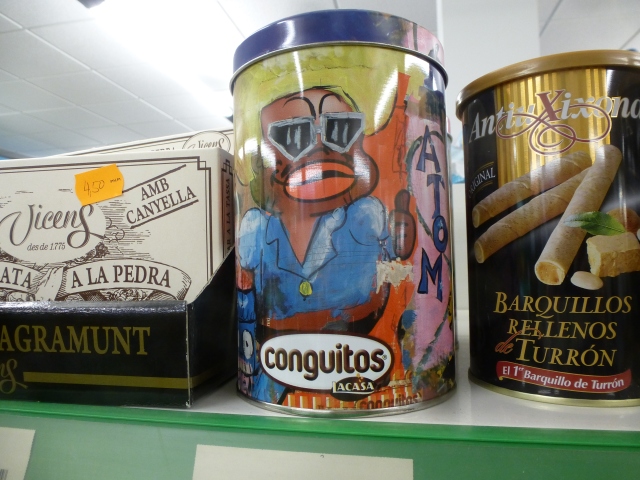 It’s somewhat less worrying than it used to be, maybe. The caricature elements are less than they were.

A first course, with leftover gaspatxo, Monday…
and a different, white-rather-than-pink dog rose. 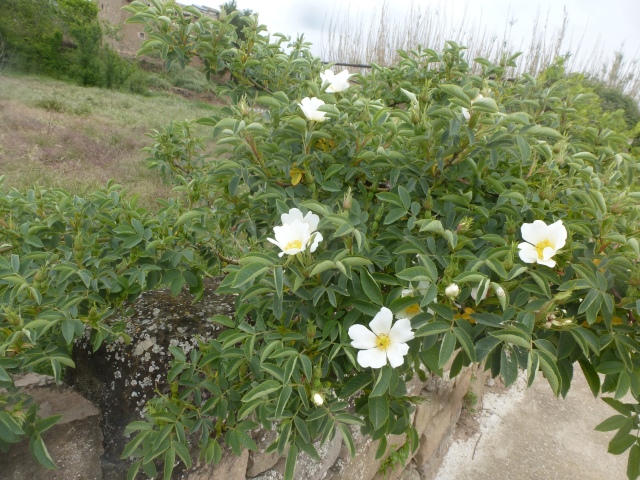 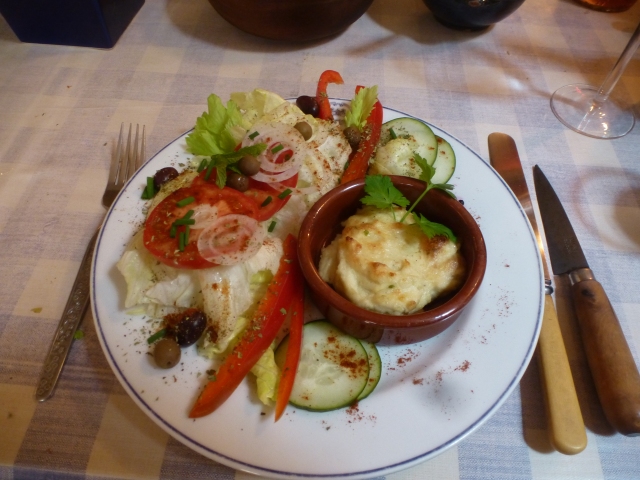 And Wednesday’s first course, with a tiny bit of left-over brandade accompanying the salad, so I remember that Tuesday‘s second course was in fact, brandade.

Too easily fascinated, I know – the exposed interior walls of the building that used to stand here in our market-town, sprayed with insulating material, but showing built-in cupboards &c. just wanted photographing.

All local views come from dogwalks. This always-attractive ruin is our neighbours’ former fassina where brandy and liqueurs could have been made.

And the sky is the sky. (Photos are apt to come out crooked and ill-framed with two dogs on leads at the same time – taking those photos with one’s third hand gets a little tricky.)
But the sky is good, and the churchtower looks all right to me. 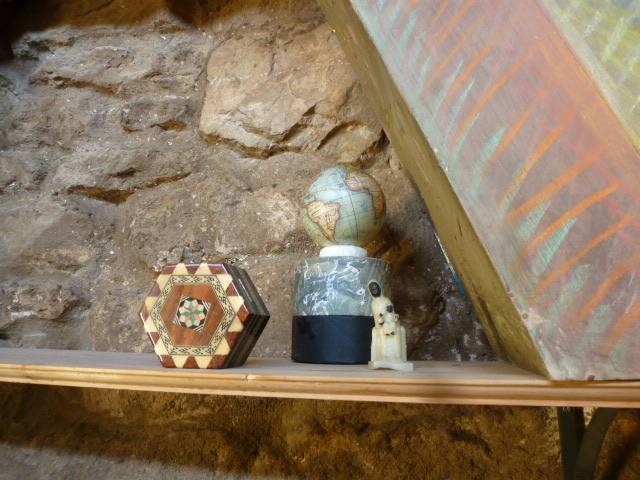 And on the shelf that pretends it is supporting the “life sized” plywood A from a long-ago exhibition, to the little marquetry box from the Alhambra, and the slightly-melted glow-in-the-dark Virgin of Montserrat, K added the cylindrical box to the little globe, and I finally found a suitable support to hold it outside the box – a red-blood-cell shaped hotel soap from somewhere in France. So now we can look at the little historical-replica globe.
Except for crookeder or less-in-focus duplicates. This is a week’s-worth of photos. Doesn’t mean it was a typical week.
Chi? You have asked for more pictures of food!

I'm 1/2 of "Keith⁊Amanda" - that's a Tironian "&", but it confuses people, so we write it with a "7" [seven]. Calligraphers. In Catalonia.
View all posts by Catanea →
This entry was posted in uncategorized. Bookmark the permalink.